Until now, employers in Ontario had discretion to request a doctor’s note at any point when one of their employees took a sick day; a tool used by many organizations to help verify claims of illness.

But with the release of new rules last week, that long-standing practice has been effectively banned.

On Thursday, the Ontario government clarified one of the proposed labour and employment law changes stemming from the sweeping Changing Workplaces Review—an initiative that scrutinized everything from the province’s employment standards to human rights legislation with the goal of modernizing Ontario’s workplaces and improving fairness for workers at a time of rising employment precariousness.

Much to employers’ chagrin, one of those measures includes a ban on requesting doctor’s notes for 10 or fewer days of absence for ‘emergency reasons.’ According to Health Minister (and family physician) Eric Hoskins, personal emergencies will include illness, domestic or sexual violence—even if only threatened—and the need to care for sick family members.

If passed, the new rules will take effect in January.

Why the sudden change? The goal of the Wynne government’s proposed legislation is to ease the burden on doctors and nurse practitioners—those tasked with providing notes to employers, the cost of which are not covered under the provincial health insurance plan—and to allow employees to fully recover from illnesses before returning to work.

“This becomes one less thing to worry about when you’re not feeling well,” Hoskins told reporters at Women’s College Hospital in Toronto, as reported by the Toronto Star.

The move is also sure to please voters at a time when the Ontario Liberals are languishing in the polls.

A host of HR challenges

First, it means their hands are effectively tied when it comes to confirming employee absences relating to an illness. The impending legislation means that employers will, in effect, have absolutely no recourse when their employees call in to inform them of the need to take a personal emergency day. The most they can request is prognosis information, the expected duration of the employee’s absence and an expected return-to-work date. In addition, organizations will now have to pay for two of those days, while accommodating up to an additional eight unpaid leave days. Small and medium-sized employers are sure to struggle with this added financial burden.

Next, HR teams will need to re-write their organization’s workplace policy manuals. Sick-leave provisions will need to be adjusted and doctor’s note requirements will need to be amended, now applicable only in extreme circumstances. It’s important to note, however, that only a slim minority of workers will request more than 10 sick days off in any calendar year.

Lastly, organizations will feel a productivity impact from the change, particularly those with fewer than 20 employees. In small companies, tight-knit teams must work together to pick up the slack when a colleague falls ill. Allowing individuals to take up to 10 sick days per year will likely place even greater pressure on workforces already struggling to meet production and service obligations.

A good reason to be proactive

A 2015 study by international management consulting firm Morneau Shepell Ltd., found that 52 per cent of workplace absences were not due to illness, while “non-illness related absence (absence that is not related to either a mental or physical health issue) is more likely where workplace stress was reported by the employee, and where the employer did not support mental wellness.”

In other words, disengaged employees working in dysfunctional workplace cultures are far more likely to phone in sick than counterparts working in highly-engaged environments.

Which brings us to this reality: Barring a change of heart at Queen’s Park stemming from a major pushback from the business community, Ontario’s new personal emergency leave and sick-note legislation will become law in January.

Our advice is to focus less on how the change will adversely impact your organization, and instead think about what you can do to make yours an organization where employees want to come to work every day; where calling in sick doesn’t become a relief from grueling conditions or unrewarding work.

Doing so is a challenge, but the rewards are endless (think everything from greater creativity and innovation, to improved productivity). It’s also a far more progressive, employee-friendly approach to business than constantly chasing doctor’s notes. WHY EXPANDED PARENTAL LEAVE MAY BE A ‘WIN’ FOR CANADIAN EMPLOYERS 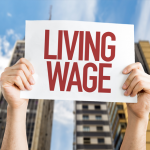