As more of us spend an increasing number of hours in the workplace, it’s no surprise that work-related collaboration often leads to romantic dalliances outside of the office.

What might be startling are the sheer number of us who have dated co-workers, or even married a colleague after a workplace romance turns serious. Until recently, few employers raised an eyebrow when their staff engaged in extracurricular relationships, with most considering it just another fact of workplace life.

That was until the recent landslide of sexual harassment allegations began ensnaring everyone from Hollywood luminaries such as Harvey Weinstein, Louis CK, Kevin Spacey, et al, to politicians, media and even celebrity chefs (including Mario Batali, who this week admitted to inappropriate sexual conduct in the workplace). The #metoo movement quickly gained traction as sexually harassed women shared their stories online and further raised awareness of the issue.

Now, employers are rightly asking the question: is it ever OK to allow our employees to date? And, if those relationships are between a manager and a lower-ranked staffer, how best to manage them to avoid running afoul of labour and employment laws, human rights legislation or even to avoid running the risk of potentially costly lawsuits or damage to our organization’s brand?

How prevalent is workplace dating?

According to a 2016 survey of U.S. workers by jobs website Career Builder, 37 per cent of employees said they had dated a co-worker at some point, while 33 per cent said they first connected with their future spouse in the workplace. The same percentage said they tried to keep their relationships secret at work.

That might be because the fling involved a co-worker who was already married (17 per cent), or because they were dating a person in a more senior position (23 per cent). Fully 45 per cent of survey respondents were unsure of whether their organization even had a workplace dating policy. To be clear, most weren’t great at keeping their relationships confidential—27 per cent of office romantics have run into co-workers away from the office while with their partner, while 65 per cent of respondents said they knew the relationship goings-on of their co-workers.

With more than a third of your employees potentially dating—and possibly more in workplaces with a higher proportion of young, unmarried workers—the threats to the organization from an HR and employment law perspective are significant.

Why is workplace dating a potential problem?

Organizations face several potential risks of varying severity when their employees strike up romantic relationships. If the relationship ends badly (and many do), one or both parties can make claims of harassment or discrimination. Even if the relationship goes well, complaints could also come from colleagues who argue that one half of the couple has received preferential treatment, for example, in shift scheduling or has been promoted ahead of others. Whether that latter claim is legitimate or not doesn’t matter. The fact that it’s being discussed could have a negative impact on workplace morale.

Relationships can also make performance-management more challenging. How? Ontario’s Bill 132 clarifies that a reasonable action taken by an employer or supervisor relating to the management and direction of workers or the workplace is not workplace harassment. In the case of a poor performance review from a former partner, however, a case could be made for reprisal.

While there are no legislative restrictions around workplace dating, organizations tend to cycle between options to balance employee rights with the realities of running a modern organization at a time of heightened awareness of sexual harassment and related challenges. Some employers choose to do nothing, particularly small to medium-sized organizations with no formal workplace codes of conduct or other policies governing employee behaviour. That is until an incident occurs and they’re forced into action—often when it’s too late to contain the damage.

Others try to ban workplace relationships altogether, but face challenges defining the terms of conduct—when does mere ‘socializing’ cross the line in the workplace context? Others allow dating if it’s declared, the relationship is mutual between consenting parties and doesn’t give rise to any conflicts of interest, potential favouritism or discrimination, among other considerations.

The trouble with outright prohibition of relationships of any kind is that they rarely work. Enforcement is both awkward and extremely challenging, not to mention a potential invasion of your employees’ right to out-of-office privacy. And let’s face it: if employees are attracted to each other, they’ll find a way to realize their emotions whether their boss likes it or not.

We often advise employers to be proactive and focus on policy development rather than trying to police office romances.

When not dictated by legislation governing workplace interactions such as the Employment Standards Act or the Occupational Health and Safety Act, organizations’ workplace dating policies should resemble those designed to prevent nepotism. Relationships between managers and their direct-reports should be restricted. When they arise—and they inevitably will—both parties should be required to declare it and one party should be transferred to another department to avoid issues from arising.

Even before then, organizations should conduct a risk assessment. Do your employees work together for long hours? If so, maybe it’s time to shuffle teams to avoid workplace chemistry being taken to a romantic level. Assess your employee demographics—is your staff largely Millennial-aged and unmarried? Then you may have to consider your options carefully. That means treading lightly to encourage team-building, camaraderie and a strong workplace culture, but using measures to curb any overly passionate fireworks.

How? Implement workplace conduct policies if they don’t already exist that require employees to declare their relationships—that includes with co-workers, suppliers, vendors or contractors—essentially, any relationship that could impact the organization in a negative way. Remember that those negative side-effects could include direct legal costs, brand damage, improper allocation of resources or heightened employee turnover or disengagement.

Lastly, ensure that you introduce conflict-management protocols that include confidentiality clauses in case an incident occurs (to help contain any negative impact on staff morale) and even provisions to limit public displays of affection (yes, this may sound ridiculous, but it’s a very worthwhile point to include in a policy handbook).

When it comes to workplace romances, it pays to consider it a when-not-if reality and act accordingly. Insulating your organization from the fallout is relatively simple if you think proactively and take action before it becomes a problem. 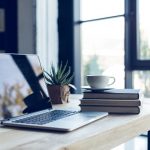